I came up with this idea a year ago and forgot all about it. It came back to me earlier this afternoon, and I had to write it down quick, before it left my mind once again. Good stuff here that will leave you thinking. Do enjoy. 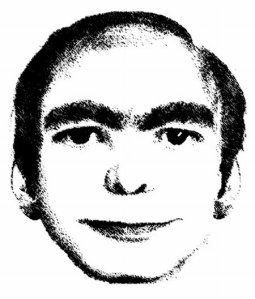 I don’t know if it’s like this for everyone, but you could always feel a cold draft and a stench of death in the air when standing in a hospital room, looking over a deceased loved one. I felt it that evening while listening to the local police explain what happened to my Mother earlier that day. She had been a victim of a hit-and-run that not only broke both legs, arms and cracked her skull, but also took her life. I used to think things like this could never happen to our family, until this day had come, now I’m not sure what to think anymore. You lose certain things when this type of tragedy hits home. I lost the only person in this world that ever loved me, and seen hope in me, even when I didn’t see it in myself. I lost my mother, and with her, I also lost my faith in God, the man who was supposed to been watching over his loyal ones. This day left me with nothing but options, leading me into a grey-colored room with three seats and dim lighting.

Standing by the room entrance was the Doctor whom I had been speaking with the entire evening, introducing to me a strange looking middle-aged man, dressed in a black suit and wool trencher to match. The Doctor left the two of us in the room together, for what reason, I was soon to find out. He sat in the chair across the room from me, took a minute to watch in silence before speaking softly my way.

“I am sorry for your loss, I know first hand that you could never expect things like this to happen, especially to good people we know and love.” he said in a sympathetic tone of voice. He seemed sincere and concerned. I couldn’t help but to vent to him, for I had no one else in the world to talk to.

“I could never love another like I did my mother.” I said while trying not to cry like a newborn baby. The hardest task that evening was swallowing and digesting the fact that I could never see my mother again after the night is over. The thought made me feel naked and helpless.

“I could never understand the mechanics and psychology of this God whom we put our love, trust and faith into. I gave up believing in him long ago, and began to accept another concept.” he further explained… “that life is indeed what we make it. We are the creators of everything you see before you, and with that being said, You, Mr. Dunton, should be informed of the options you have here tonight.”

His name was Mr. Crieger, A salesman. I was soon going to find out exactly what is it he was selling.

“You see, Mr. Dunton, This is not the end of the road for you or your mother. Thanks to the intelligence and technology of man, You have been given the option to give your mother life after death.”

If God was real and could see what was being discussed in that room, I wonder what he thought had become of human beings, and if we were doing the right thing by playing the role of the creator. I thought about it long and hard, and though I believed that man should accept death as inevitable, there was another part of me that wanted to see my mother walk again, for there was so much that she had yet to see of this world, and there was so much that needed to be said.

“Don’t think about God, and what he would do.” said Mr. Crieger, The Salesman, “because if you were to leave it all up to him, he’d do nothing but allow those doctors to place a white sheet over her body and call it a day. What I am proposing to you here this evening is something that no man has yet to have been given. You have the option to bring your mother back to life.” Crieger was convincing, and every bit of me was falling for his sales pitch, but there was still a Christian bone in my body that felt this was the work of evil.

“Man is not supposed to be doing this?” I said to him while shaking my head.

“Says who, God?” he replied in a hardened tone, similar to my deceased father, when he used to tell me how disappointed he was in me.  “You ask him what he thinks of this, and you know what he will say? Nothing. Believe me, for I was once in your shoes, We are all here on our own, and so we have to do what we feel is right, and make the decisions ourselves. There is God but the God within us. Mr. Dunton, The decision is yours.”

I stood from out of the chair and paced around the room.
“How will this work, I mean, surely you can’t fix her broken body.”
He chuckled.
“Unfortunately, but her body will no longer be needed. Instead, We will take everything that is important in human creation: The brain, if it is still in perfect working condition, and if so, We are able to connect her brain to a fully functional human-like vessel, which will be designed to look exactly like your mother. Everything will still be there. The only thing that will be different is her body. Think about it.” he was good at selling himself and his concept. I was interested.

“How much will this cost?” I asked, prepared to put every penny of her life insurance policy into the project.

“Never mind how much it cost, Mr. Dunton, Since we are still in BETA testing, we can provide this service to you at an affordable price that i’m sure will not hurt you financially. All you have to do is sign these documents, and in just a few short days, You can see your mother again, and forget that this day ever happened.” he said.

I proceed to sign the documents. He stops me by speaking…
“and Mr. Dunton, I can assure you that once your mother has been designed and ready for operation from my team, This tragic event will never happen again.”

I was locked in, and so I signed every document with a signature line.

Two days went by, and It didn’t take Mr. Crieger and his team too long to finish the procedure. I waited at home, pacing around for hours in the living room, until the doorbell rang twice. I ran toward the entrance and opened the door. A strong sunlight blinded me temporarily until it was covered by the presence of a woman approaching me… My mother. Everything was back to normal again, and I was able to go home and see my mother, as happy and full of life as ever before. That was twenty years ago. Now at fifty years of age, I look at my mother’s ageless appearance and began to see the bigger picture clearly. I will die one of these days, but my mother will continue living for thousands of years. Maybe Mr. Crieger will do the same for me as he did for my mother, and for the next man, and the next man, and the next man, until we are all Androids, living in a world without compassion, emotion or human life.

2 comments on “THE MERCHANT”

A Year in the Life of a True Film Addict!

Laughing in the Dark

Conversations with the other woman

I write when the choice is to die if I don't

Place to express your opinion on dreams, stories, life , as well as your own dreams.

Being a Beautiful Mess

Dealing with the mess of life, love, betrayal, divorce, and dating

The Chronicles of Me

A wonderful world full of beauty, charm and adventure.

'No story lives unless someone wants to listen' JK Rowling

The writing blog for Amanda Ching.

BRIDGING THE GAP IN URBAN CULTURE

Tales of a Traveling TWAMP

Blog with Journalistic and Historical articles

This WordPress.com site is the bee's knees